Can I use Slic3r, Cura simplify3D with my mbot?

Hello support! I bought years ago this 3d printer, I don’t know the exact name, the picture is this! With the squares in that position. This machine works well.

I would like to know if I can use any of those softwares to control my 3d printer.

So if you can answer me: Can I use Slic3r, Cura simplify3D with my Mbot Cube kit … ?
Because When I had used the software Mbot print, sometimes the program fail,

Thank you so much

I am not from the support team. But are you trying to print right from the program? Or do you save it to SD card and then print? SD card is the way to go.

I found the mbot software buggy at times too. Also I asked about the new mbot software working with the “grid 2”, but got no reply back yet. It isnt in the list of available printers.

So that is what your printer is called Mbot Grid 2. You need to select that in the settings within the program to get the right bed shape.
BTW I love this printer too!! It does a great job! Oh and evidently there is an auto bed level feature on this printer somehow. It will correct any unlevel by adjusting on the fly.

Thanks Keif, I use SD card but the problem started when I clicked in Export seems that if the model is to heavy (I mean sooo many details ) so MB the program show me this 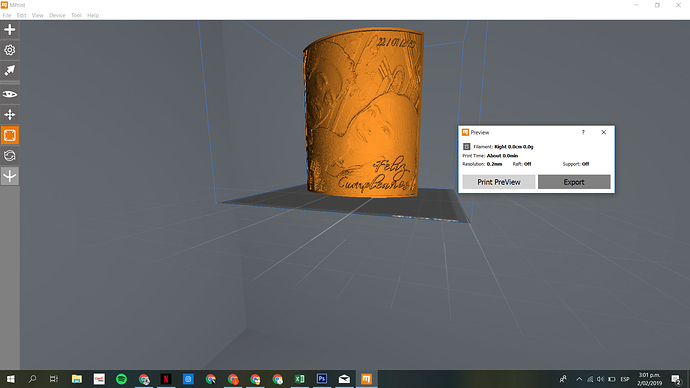 Thanks for the tip about grid 2 I used Mbot Link Simple.

Having used both, S3D offers much faster slicing and simpler user experience, with a library of presets for most common printers in terms of printing. Choose the correct preset, import the model and hit the slice button. If you want to fix Gmail Error Code 007 you can go through the website, you’ll get a proper solution.

The rapid development of additive printing technology would have been impossible without modern software. Previously, I had to master graphics editors for a long time and study the basics of engineering modeling to create elementary objects.

Today’s software for 3d printer allows you to almost completely automate the printing process and greatly simplify the handling of high-tech equipment.

Almost all 3D printers are controlled by the so-called G-code – this is a common language used for devices of this type.

This name was dubbed in the 60s language for machine tools with CNC. He began to develop the American company Electronic Industries Alliance, then began to use almost all manufacturers and users of automated machines.

G-code is the structure and syntax of writing commands for the processing machine. The G-code has an international basic structural framework, approved by the American and European standardization systems. However, there are many specific additions and modifications that are locally used by machine tool manufacturers and large equipment corporations. https://best3d-printers.com/beginners-guides/3d-printer-software/

So that is what your printer is called Mbot Grid 2. You need to select that in the settings within the program to get the right bed shape.
https://tradevenue.se/

Use the Firmware Compatibility chart to verify compatibility. See your slicer documentation for this feature. These profiles are compatible with Cura versions 3. Thanks For asking such a nice information! Beside this to Recover Forgot Roadrunner Password, Please contact for more query and fix these issue with experts.